The Lumineers is a folk band that is based in Denver, Colorado. The two founding members of the band, Wesley Schultz and Jeremiah Fraites were best friends before The Lumineers was even a concept. The catalyst of the band happened when a close friend of Fraites died of a drug overdose, prompting the two surviving friends to get together and begin collaborating on music. Schultz was always a self-proclaimed artist, but during this time, he traded in his pencil for a guitar.

After spending time together with their music, the two friends began to perform together in New York City and in the outer suburbs of New Jersey. In New York, they were met with expensive housing and a hard music scene. Eventually, they decided they needed a change of pace, packed up their entire belongings, and headed to Denver. The first thing they did when they arrived in the city was put out a Craigslist ad—an ad that Neyla Pekarek answered.

Classically trained, and already a skilled cello player, Pekarek joined the duo and helped to soften their roughness, while expanding her own skills to the piano and the mandolin. Finally, the band was beginning to take shape. In the words of the band—the trio was the perfect mix of “heart-swelling stomp-and-clap acoustic rock, classic pop, and front-porch folk.” This has remained, to this day. Many fans are drawn to the authentic and “real” music, feeling like The Lumineers are a return to older days when music was more about the instruments and less about the show.

In 2011, they released a self-recorded album, which led to a self-booked tour. Their fanbase began to grow as they made their way across the western Unites States, then back over to their old home in the east coast. It was in 2011 that they first released their most popular single “Hey Ho.” After they began to rise to fame, the band continued to pass on larger label record deals, settling for smaller record labels. When asked why, Fraites explained that it’s because you encounter more passion with a smaller record label than you do with larger labels. It was the realness that he was after. It wasn’t soon after this time that they added two more members to the band: Stelth Ulyang, playing the piano, and Ben Wahamaki, playing the bass.

In 2012, their place as a well-loved and frequently played band was solidified when “Hey Ho” peaked at number three of the Hot 100. In addition, Spotify named “Hey Ho” as the most shared song in Manhattan, and third most shared in Brooklyn in 2012. All three members have commented on the fickleness of fame, and each plan to continue to work hard, regardless of how well received their music is. 2012 ended well for the Lumineers, when they were nominated for two Grammy Awards—one for Best New Artist and one for Best Americana Album.

Recently, The Lumineers worked with actress Jennifer Lawrence to create the song “The Hanging Tree,” which would be featured in the first part of the Mockingjay movie. Now, their new album titled Cleopatra will be released in April of 2016, bringing fans another chance to enjoy their favorite band and their favorite rustic, real folk sounds. 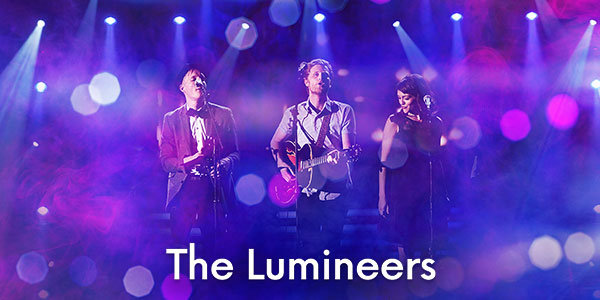