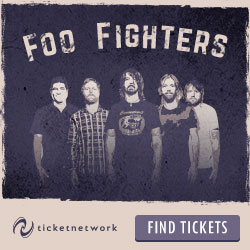 Dave Grohl, main vocals for the Foo Fighters, used to be the drummer for Nirvana. During Nirvana’s reign, he used to record and write songs on the side. However, Nirvana never used his songs, so Dave kept them. After Kurt Cobain’s death, Dave started recording the songs he kept and also passed them around the music industry. It was these songs that formed the foundation for the Foo Fighters.

The band officially formed in 1995. Dave didn’t want to be a solo artist, so he asked Nate Mendel to join him. He met Nate through his wife. At the time Nate was looking for a band to join, as his previous band, Sunny Day, had broken up. William Goldsmith, who was also part of Sunny Day, joined the Foo Fighters shortly afterward. Nirvana’s former guitarist, Pat Smear, joined and completed the band. William Goldsmith left late in 1996 and was replaced by Taylor Hawkins. Taylor used to be the drummer for Alanis Morrissette before joining the Foo Fighters.

Pat Smear left in 1997. Franz Stahl replaced him until 1999 when he also left. Chris Shiftlett then joined. Since then the band has settled with Dave on vocals and guitar, Taylor on the drums, Nate on bass and Chris on guitar.
They have been classified under the Rock genre, with their heavy guitars and punk sensibilities. However, there is a pop edge on the occasional song, as with Learn to Fly, which is one of their hit singles.
They have a generally laid-back, modest attitude, which can be demonstrated with their quotation on MySpace, “you might have heard one of our songs on the radio.” The band reported that some of their influences include Ric Ocasek, Robin Sander, Sonic Youth, Kiss, Black Sabbath and AC/DC.

They brought out their first album in 1995, named Foo Fighters. The origin of the name is from a secret force agency in World War II that researched ufos. In 1997 they brought out their second album, The Colour and Shape. In 1999 they released the album, There is Nothing Left to Lose. This album won the Grammy Award for Best Rock Album in 2001. Their album One by One came out in 2002.

After performing at the John Kerry Campaigns events in the 2004 US Presidential Election, they were inspired to record their 5th album In Your Honor, which came out in 2005. This year they brought out their latest album, Echoes Silence Patience Grace.
Their latest album contains their single The Pretender, which is currently at number one on billboard.com. It remained at number one on the Modern Rock Charts for 14 weeks and is 8th on UK Singles Track Charts.
The single promises to be more popular than their other hits, including Learn to Fly, This is a Call and All My Life. They are currently touring to promote their new album in Australia. Afterward they stop off in the UK before touring through America and Canada at the beginning of next year.
By demand they will be playing at the Wembley Stadium. Owing to tickets having sold out online within the first 11 minutes of their being released, they have planned to play as well. But tickets are selling fast.

Foo Fighters are back with a blast! This time the band looks liable to top the diagrams with their shaking execution in their latest generation “Echoes, Silence, Patience and Grace”. The collection hit the commercial center this year and has officially cleared the crowds of the whole UK and the world off their feet
10 years back, Foo Fighters propelled themselves as a melodic band with their best collection titled, “The Color and the Shape” – a joint wander between Foo Fighters and Gill Norton. The collection celebrated its twofold platinum. Presently, they have by and by held hands with Gil Norton and created another melodic chartbuster “Echoes, Silence, Patience and Grace”. The collection is more different and sophisticated; with its amazing number The Pretender is as of now climbing upwards on the outline.

Gil Norton created “Echoes, Silence, Patience and Grace” contains twelve lovely tracks made by Chris Shiflett – the guitarist, Taylor Hawkins – the drummer, Nate Mendel – the bassist, and Dave Grohl. The track list accommodates and in addition exhibits the sensibilities and qualities of Foo Fighters in the most certain and complex collection by the band up until this point
Ten years had been a long sitting tight time for their fans however the hold up has been justified, despite all the trouble as the music, presentation, and verses of “Echoes, Silence, Patience and Grace” are basically breathtaking. In all honesty, it’s a standout amongst the most shocking collections ordered by the band ever. The music of “Echoes, Silence, Patience and Grace” can add gloss and enchantment to your gathering and make you feel essentially euphoric about it. This hotly anticipated collection is outstanding amongst other picks for both the enthusiasts of Foo Fighters and the individuals who like some better than average and hear some music. Appreciate the music and move to the spectacular tunes of this yet another hit from your most loved band.

As it were, this is an appropriate name for the band since it showed up all of a sudden to quite startling achievement. Remember, when individuals from a famous band dispatch their own particular new band, achievement is infinitesimal. All things considered, many did not trust that The Foofighters would have a possibility at being effective. Obviously, the band demonstrated the commentators off-base.

The Foo Fighters first collection initially circulated as what was basically a demo tape. It appeared that Grohl was not totally open about his ideas for the band. This is the reason he declined meets and stayed under the radar. The introduction collection was in the end obtained by Capital Records and the mark gave it a gigantic discharge. The collection was uncontrollably effective and it prompted Foo Fighters merch moving quicker than anybody anticipated. Obviously, individuals were more intrigued than simply gaining more Foo Fighters merch.

They needed to get their hands on another collection. The Foo Fighters conveyed in such manner and their second collection “The Color and the Shape” was discharged in 1996. An ensuing tour was propelled and the band played to gigantic gatherings of people. Obviously, with more tickets, collections, and Foo Fighters merch being sold, the music business acknowledged it had an exceptionally extraordinary band in its middle. The Foo Fighters were not a fleeting band that would vanish from the diversion scene. They were certainly a band that had legs. 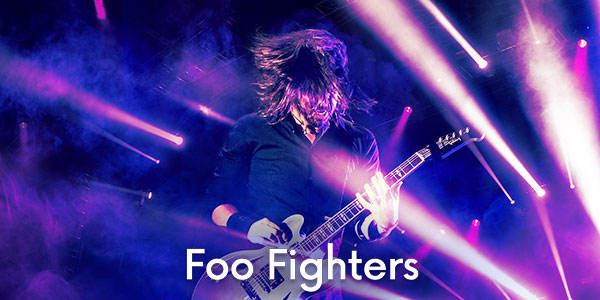 The Foo Fighters US Tour Dates 2017 have now been released. Get your Foo Fighter tickets here:

Next: The Lumineers Tour dates 2019